Distillation is a process where substances in a liquid mixture is separated by boiling temperature. The classical distillation is often time consuming, complex and tend to give errors. With steam distillation from C. Gerhardt the process has been made more time efficient and at the same time more reproducible results are produced.

Determination of alcohol strength in beverages containing alcohol is necessary for labelling control. When having a mixture of more than two components it is by reference literature mandatory to do a distillation followed by a densimetric measurement.
With VAPODEST the SO2 concentration in food and alcoholic drinks can be determined in two different ways dependent on the sample. The steam distillation is follow by a titration.

Vicinal diketones or diacetyl is analysed photometrically after the substance has been stripped out from the sample by steam distillation. The method is according to MEBAK. The vicinal diketones is produced in beer during fermentation and is monitored to get proper quality and taste of the beer. In the fish industry TVB-N is analysed to determine the freshness of the fish product. An automatic titrimetric determination is followed by steam destillation.

VAPODEST®
VAPODEST® is currently the most modern and powerful automated steam distillation system on the market for distilling mixtures containing alcohol. C. Gerhardt has developed a system that is very rugged and independent of user. Distillation time is typically less than 5 minutes which makes savings in working hours around 0,5 hours. The risk of getting the sample burned in sample tube is minimal due to the fact that steam is used for heating up the sample.
VAPODEST® is also ideal for the steam distillation of volatile acids, sulphur dioxide, TVB-N, ammonium, formaldehyde, phenol, vicinal diketones or hydrogen cyanide. 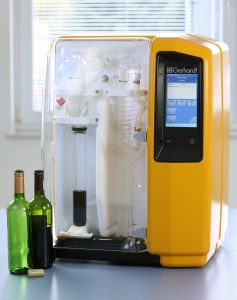 A great VAPODEST® feature is that all models are compatible with a wide variety of sample tubes. Sample tubes from 100 ml up to 750 ml tubes is supplied. Analysis results achieved with VAPODEST® exceed the requirements of official international standards such as EN/ISO, AOAC, EPA, ASTM, GAFTA. 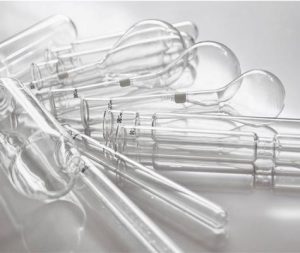 An Oleinitec sales representative will get back to you shortly.

Would you like to know more? Please supply phone number and/or email address and we'll get in touch:

This site uses cookies. By continuing to browse the site, you are agreeing to our use of cookies. Read more here.